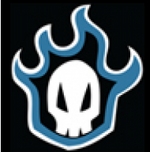 Holy fudge monkeys my heart went in my mouth there I thought I was getting a message from someone unsavory. Sorry been a bit of a naff few weeks, the dudes over on Bleach Fan Fiction Wiki were bombarding my Message Wall there to insult me.

Wow I think they would be a great idea. I can't remember if I was the one who did the questions although I was very involved with that whole thing. Oh on that topic the Bleach Wiki Twitter is now not letting me log in as its asking for confirmation for the email address and well I don't know it. Its become a bit defunct and would like to breathe some life in there too. But yeah I think it would be a fantastic idea to honor him in that way. He's really come a long way. {{SUBST:User:SunXia/Sig|17:59,5/30/2019}}

Oh I am all for ignoring them. I didn't respond to their tripe on their Wiki. I messaged staff to tell them to stop and just get over it and focus on their own wiki instead of being so upset with ours. They forget, I have literally been telling them for years to go make their own wiki if they don't like how things are done on ours. Not to say ours is not democratic but I am not in favour of uprooting our rules and policies because a bunch of insulting non-editors say so. They're also doing it on the Reddit too. Should see some of the stuff they have gotten Novel fans to say about me over there where I don't frequent. Just logged into an account I rarely used to message a friend and had all these messages. Just horrible people who literally so tied into this idea that if you believe you are in the right, then insults don't count as insults and you are a better person. I went on their Wiki knowing they would complain and they listed a bunch of stuff in a blog and I'm like "Fine constructive criticism lets have a look" as constructive criticism is never an insult, despite the fact the stuff they listed they never ever brought up when on our Wiki. They turned that into us stealing their stuff, and its like dudes you literally use our templates. You took our layouts and turned them red. But yeah, no more, gets a bit much dealing with the vitriol.

Thanks for that dude I wanted to ask for a while but I'm a wee bit shy. Twitter is a place we can share serious and silly stuff. changed the email to the one we use for everything else, bleach.wikia@gmail.com and changed it back to your original password because it was a nice safe one I liked. {{SUBST:User:SunXia/Sig|19:25,5/30/2019}}

Retrieved from "https://darkerthanblack.fandom.com/wiki/User_talk:Yyp?oldid=17839"
Community content is available under CC-BY-SA unless otherwise noted.